International Youth Day, 2022 : Improving The Inclusion Agenda And ‘Creating A World For All Ages – Part 1 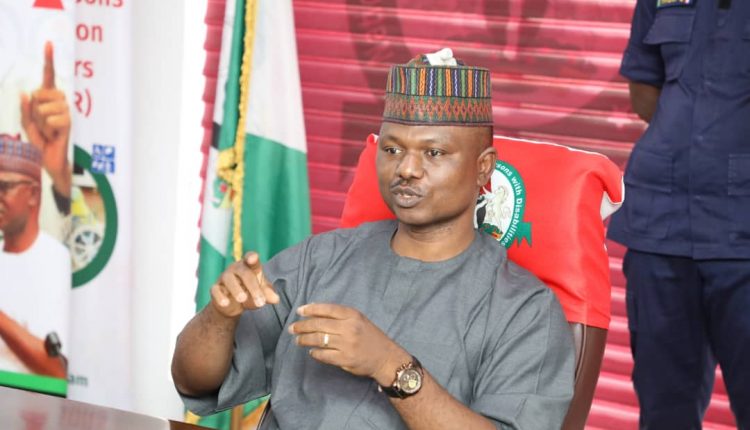 Following the long-heralded establishment of the National Commission for Persons with Disabilities in 2020, itself, a culmination of the perennial struggle to actualize inclusion and accessibility for Persons with Disabilities (PWDs) in Nigeria, it is apparent that the decades-long efforts of tireless Disability Inclusion advocates and activists has gained new fervency in legality and expectedly so. Nigeria was for long, plagued by the moral burden of advancing equality especially for its most marginalized demography; PWDs and the idea that some are more equal than others did seem to hold some sense of twisted appeal for many in privileged positions.

Stigmatization and discrimination against PWDs were rife and it was taken for granted that humanitarian efforts targeted at them were for the most part, charitable and only a matter of convenience. That inglorious past is now gone and in its wake is a renewed sense of propriety and legitimacy that transcends the prisms of morality and ethical conducts in the approach to tackling the vulnerabilities of PWDs in Nigeria. Solving the challenges of inclusion for PWDs is no longer a question of convenience, nor is it circumstantial to the degree that it was 10 or even 5 years ago. Today, thanks to the Discrimination against Persons with Disabilities Prohibition Act of 2018 and the establishment of NCPWD, (the latter approaching its second year) PWDs have a chance to assume and ascend to the very zenith of their capabilities and achieve so much more than they ever imagined.

Led by the visionary and unrelenting James David Lalu, its pioneer CEO and Executive Secretary, NCPWD is in many ways, a peculiar agency of government and for good reasons too. Its mandate confers upon it the power and responsibility for ensuring that the rights of the over 31 million Nigerians with disabilities are protected and are able to live, work, learn, belong with, own, access, associate and function at parity with other non-disabled persons in the country. Even more, the Commission has the critical responsibility for assuring that the Nigerian society comes to terms with the fact that Inclusion and Access are the fulcrums upon which true equality is founded. It is inarguable that no Nation intent on achieving even social development can do so successfully if they are not inclusive, if the system is not accessible and if they are not perceived to be on the square.

Instructively, NCPWD more than any other institution of government today, is the acute representation and epitome of what equality of rights and privileges should be, it is the bastion of social equality and justice and in its vision, programs and corporate manifestations are the ideals and ideas capable of shaping cultures, transforming peoples, rebuilding communities and reinventing nations deeply entrenched.

As simplistic (maybe hyperbolic?) as this may sound, the roles it is set up to accomplish cannot be summarily reduced to the textual and or even contextual interpretations of what provisions are enshrined in the Disability law; its responsibility as a culture-defining, value-driven, boundaries-shifting, result-focused and futuristic agency transcends the mere idea that purports to squeeze out a place for the millions of PWDs merely because an Act of parliament fused with a Presidential assent grants it existential affirmation. That, for all intents and purposes does not efficiently capture the sheer magnitude of what its establishment portends for not just its target demography but for the entire Nigerian populace.

We must remember also that nothing is more difficult than working assiduously to dislodge deeply entrenched systems of beliefs and ideologies. The latter is perhaps an acute summation of the responsibility that NCPWD is charged with accomplishing, especially when we recognize the deep-seated narratives, myths, beliefs and cultural perspectives that typify many a people’s perception of disability as a human phenomenon.

Nigeria has long been touted as a nation abundantly blessed with what is perhaps the world’s greatest congregation of incredibly gifted and talented people with capacities at a level that bewilders even the most socially and economically advanced nations of the world. Yet even this abounding mass of human resources struggle to find true vestige for the expression of their gifts owing to systemic and structural fault lines that daunt the growth of big ideas and the proliferation of grand initiatives. This situation is even truer for the millions of PWDs who have had to live at the mercy of what little graces the society deigns to grant them.

To be fair to government, there have been extensive efforts to address the myriad of social challenges and tackle vulnerabilities dwarfing social growth, however, evidence abound to show that these efforts are more often than always, not holistic and or sufficient to reach those with the greatest need and urgency for such interventions. Worse still, where the efforts are concerted to cushion the debilitating effects of poverty, deprivation and neglect that pervades the pursuit of progress, it is apparent that PWDs for the most part end up with the shorter, chewed-up end of the social candy stick. It is therefore fitting that all social strata, spheres and spaces must become cognizant of the importance of affirming their shared commitment to advancing inclusion.

It is for these and the more expedient reason of guaranteeing that the fundamental rights of PWDs are adequately protected, and catered for vis a vis the need to drum home the criticality of disability inclusion and access in all spheres of the Nigerian society that NCPWD as an institution of government assumes a class all by itself.

From his first day in office, the Executive Secretary, Mr. James David Lalu has revealed an infectious passion for articulating and actualizing the mission, vision and mandate of the Commission and for everyone who has had a chance to sit with him, it is clear from the very first word out of his mouth that this man is immersed in the foundational ideals upon which the Disability Act and the subsequent establishment of the Commission was hoisted. A plethora of programs, projects and activities all geared towards the enthronement of inclusion of PWDs in all public spheres have been undertaken with keen attention to the nuances of disability as can be found in Nigeria. Beginning with the rollout of an effectively designed and developed organizational structure and the set-up of target-specific and goal-focused departments and units within the Commission, Mr. Lalu has demonstrated a tenacity of purpose and an uncommon ingenuity in creating value and piloting transformational change.

In his remarkable ability to define, develop and take the lead in deploying the right tools and resources towards accomplishing the task set before him and the institution he leads, he has proven to be exactly what NCPWD needs in its nascent stage to shape cultures and shift systems.

International Youth Day, 2022 : Improving The Inclusion Agenda And ‘Creating A World For All Ages – Part 2