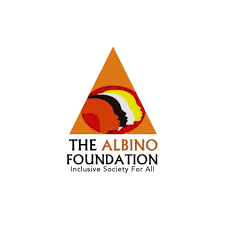 The Albino Foundation has called for the provision of sign language interpreters for the Deaf community during campaigns as well as audio for the visually impaired persons ahead of the 2023 General elections .

The Chief Executive Officer and Founder of The Albino Foundation, Jake Epelle, said this during a news conference to call for Persons With Disabilities (PWD) inclusive public campaign by political parties in Abuja explained that the conference was necessary to alert the nation on issues bordering PWDs as campaign begins.

Epelle said in the interest of inclusivity for persons with disabilities, The Albino Foundation therefore demand that PWDs should be involved in campaign committee set up.

He said that campaign materials should be produced in accessible formats to reach different clusters of PWDs; the visually impaired and persons with albinism among others .

He said that as enshrined in the 2018 Disability Act, political parties should ensure that locations and settings for meetings and campaign activities were accessible to all PWDs, including party offices.

“We reiterate our demand for a non-discriminatory and inclusive appointment of INEC RECs. We are watching to ensure that 15 per cent of Nigeria’s population are not left out of the process.

“The war against discrimination against PWDs can only be won when political parties, institutions, government and the people collectively collaborate, say no to nuances of discrimination and campaign for the rights of PWDs.

“They should also actively become champions for PWD inclusion in political processes, thereby building an equitable society for all,”he said.

Anwayi said several measures have been put in place to ensure that persons with disabilities were included in the country’s electoral processes,it now behoves of political parties to ensure inclusivity.

25M PWDs Can Ddetermine Winners In Elections, TAF Calls For Inclusion In 2023 Elections