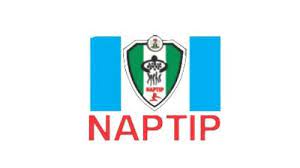 The News Agency of Nigeria (NAN) reports that the five-day North/South boot camp is organised to deepen engagement of members of states taskforce in fighting human traffickers.

The Director – General ( DG) of NAPTIP, Dr Fatima Waziri-Azi in her opening remarks, appreciated Expertise France, International Organisation Migration (IOM), UNODC among others, for their support that enabled the boot camp to fruition.

Waziri-Azi said the collaboration would provide avenue to holistically assess the level of progress made by the inaugurated taskforces across the country.

The NAPTIP DG said although the trends and proportionality of human trafficking might differ, statistics revealed that no state was free from human traffickers.

“NAPTIP’s statistical analysis from 2019 – 2022 revealed that 61 per cent of human trafficking cases in the country occurred internally while 39 per cent was across our borders.

“It is an undisputable fact that what anti – human trafficking stakeholders have in their hands now is a national crisis.

“This is major reason this forum is imperative for in-depth interactions among state and non-state actors,” she said.

The DG, who was represented by Mr Olubiyi Olusayo, Director of Intelligence, Research and Programme Development NAPTIP, said the second phase of the boot camp was organised for 12 states.

“It would enable NAPTIP to take stock of the impact of the taskforces at the subnational levels.

According to her, there is no doubt that human trafficking is a dynamic and emerging crime.

She urged the taskforces to present and maintain a clearer picture of how human trafficking affected their communities and how traffickers were changing their tactics.

“NAPTIP would be looking forward to receiving and studying the report that would emanate from this five-day meeting,” she stressed.

Adewunmi said the 2020 UNODC Global Report on Trafficking in Persons, reported that the use of internet had been integrated into the business model of traffickers.

“There would be compendium of promising practices to help the taskforces in developing and effectively implementing own strategies to prevent and counter human trafficking.”

“The four International Organisations – Expertise France, UNODC, IOM and FIIAPP, in collaboration with NAPTIP, organised the Peer Review for the taskforces to enhance the system and learning.

“This is also to document good practices, identify challenges and work towards sustainable solutions as well as streamline the activities of the traffickers with the National Action Plan on Human Trafficking 2022-2026,” he said.

NCC Deploys 84 IT Projects To Support Persons With Disability