NGOs Decry Delay In Passage Of Disability Law In Osun 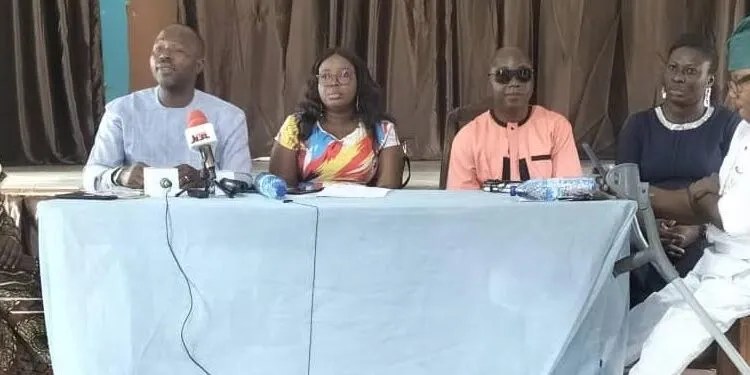 A group of NGOs on Thursday decried the delay in the process and passage of disability law in Osun State.

The Society for Life Changers and Good Parental Care (So-Life), Festus Fajemilo Foundation and Community Action Initiative for Self Reliance, at a press conference jointly organised by the NGOs and the Joint National Association of Persons With Disabilities (JONAPWD) in Osogbo, appealed to the government of Osun State to emulate its counterpart in other states and do the needful.

The Director of Festus Fajemilo Foundation, Afolabi Fajemilo, who spoke on behalf of the groups, disclosed that no fewer than 14 states have domesticated the bill on Persons With Disabilities (PWDs), saying Osun can not afford to stay behind among other states.

He noted that the process for the domestication of the bill has started in 2002 before it was formally drafted in 2019, saying “Osun State must domesticate the Discrimination Against Persons With Disabilities (Prohibition) Act, not as a mere action or obligation, but to show commitment towards promoting the rights of PWDs in the state.

NGOs decry delay in passage of disability law in Osun

Noting that efforts to make the bill get urgent attention as executive bills have been futile, the groups called on Governor Adegboyega Oyetola to approve the bill for onward transmission to the state house of assembly for consideration and passage.

According to the group, no state has implemented the recommendation of the World Health Organisation (WHO) to allocate five per cent employment opportunities for the PWDs and this has further improved the abuse of rights of the PWDs.

The Chairman of JONAPWD in the state, Oluwafemi Stephen, lamented that discrimination against PWDs has continued because the bill was not given adequate consideration.

He said some PWDs with required qualifications were not allowed to participate in the election despite their efforts to field candidates for local government elections.