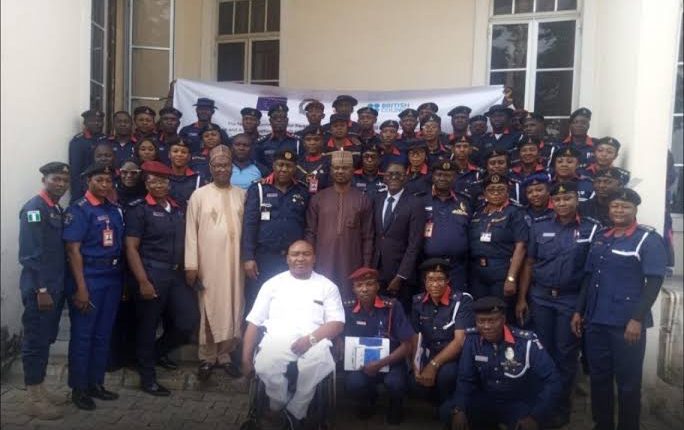 The launch involved a two-day capacity training of over sixty personnel of the Nigeria Security and Civil Defence Corps to further equip the officers on modalities in handling disability related cases.

Speaking at the training and official launch of the desk officers on Thursday in Abuja, Executive Secretary NCPWD, Mr James David Lalu explained that it has become expedient that this special department be created in the NSCDC adding that the commission receives endless complains.

According to Lalu, the Civil defense was specially selected owing to its track record of having the closest contact to the citizens especially at the grass root adding that he was optimistic that the collaboration with the NSCDC would go a long way to ensure access to justice for persons with disabilities.

Lalu however added that the training would also be carried out in all the zones of the country as he appreciated the commitment of the NSCDC for providing an opportunity to help Persons with Disabilities (PWDs).

Also speaking, the National Programme Manager Rule of Law and Anti-corruption Program, Danladi Plang said the partnership with NSCDC was very important considering the fact that NSCDC has offices cut across the country.

According to him, the organization was working on ensuring that all states enact the law against discrimination, create more awareness and encourage all government agencies to create Disability Desk in their organisations to protect the rights of those with special needs.

However, the Acting Director, Compliance and Enforcement at the Commission, Mr Ikem Uchegbunam expressed optimism that the creation of the desk office would go a long way in the Enforcement of the provisions of the discrimination against Persons with Disabilities Prohibition Act.

The project was carried out in collaboration with the Rule of Law and Anti-corruption Program, RoLAC and sponsored by the European Union and British Council.