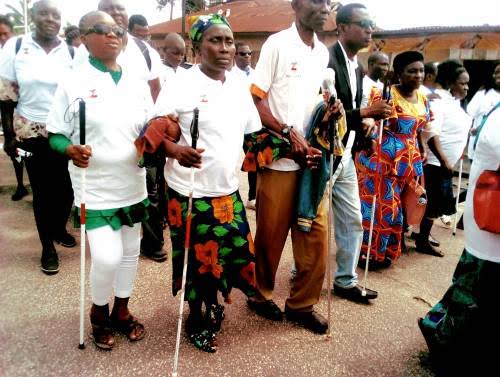 Stakeholders on Wednesday called for eye screening of children before school enrollment to reduce the risk of visual impairment and blindness.

They made the call during the closing of the Kogi State Inclusive Eye Health (IEH) Programme, organised by Sightsavers Nigeria, in Abuja.

Mr Jake Ekpele, President of the Albino Foundation, said introducing a policy by the government to ensure children were screened before school enrollment would reduce the number of Persons with Disabilities (PWDs).

“We need a policy that will make it mandatory for all children in the country to be tested and screened before they are enrolled in school.

“If some of these illnesses are treated early, it will reduce the risk of total blindness,” he said.

Onyebuchi, therefore, called on the government and other stakeholders to extend some of its laudable projects to every part of the country to ensure inclusiveness in the healthcare system for PWDs.

On his part, Mr James Lalu, Executive Secretary, National Commission for Persons with Disabilities, stressed the need for accessible quality healthcare system in the country.

Dr Sunday Isiaku, Country Director, Sightsavers Nigeria, said the two-year IEH programme in Kogi was part of its Disability Inclusive Development (DID), funded by the UKAid.

Ishaku added that the just concluded project aimed at improving the livelihood and well-being of PWDs and provide blueprint that could be replicated in every state to scale up the health sector.
NAN

NGOs Decry Delay In Passage Of Disability Law In Osun