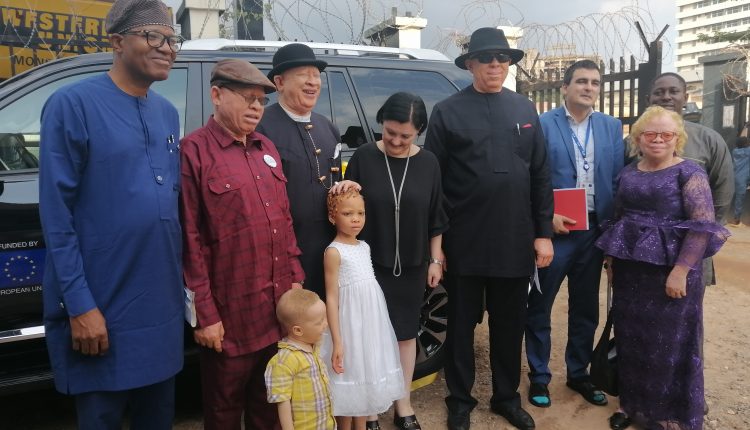 Mr. Jake Epelle, The Founder and CEO of The Albino Foundation (TAF) has announced his resignation as the National President , Albinism Association of Nigeria (AAN).

Mr. Jake made the announcement during a press conference in Abuja recently.

He explained that his resignation is to allow younger ones in the Albinism community lead the National Association.

“I have resigned as the National President of the Albinism Association of Nigeria to make way for the younger ones.”

I have handed over to Bisi Bamishe, she is now the Acting President of the Albinism Association of Nigeria”

Mr. Jake pledged his continues support to the association in all ways.