Beyond The Nation Reporter’s  Comment On Niger APC Guber Candidate 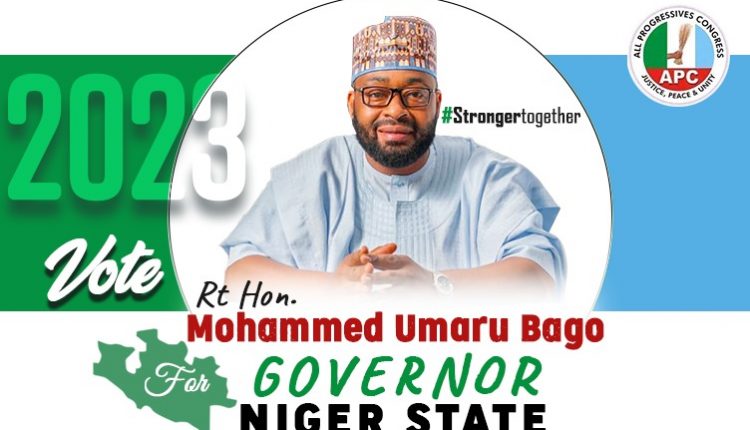 One good thing about rejoinders/refutations is that they provoke readers to search for the original piece that elicited the response; and in most cases that have put issues in their right perspectives. This is what this reaction to the opinion piece published on October 31, 2022, by The Nation’s correspondent in Niger State, about the strategic retreat organised by Niger State All Progressive Congress (APC) governorship candidate, Hon. Umar Muhammad Bago, on October 29, 2022, at Rock View Hotel, Abuja, tends to achieve.

The APC governorship candidate had said at the retreat that its essence was to present the party’s activities and plan the campaign process for the victory of the party in the general elections.

However, in the short opinion article she published on her website www.ashenewsdaily.com and shared on her Facebook page and the website of Crusader, a phone-in programme of Prestige Radio Minna, the writer says the governorship candidate had sent a wrong signal to have held the retreat in Abuja instead of the state he intends to govern, which to her narrow thinking mind was a waste of resource, and a reflection of what should be expected if he eventually wins.

“What would happen at the end is usually seen at the beginning,” she says. “Is it that Niger state is not good enough for such a meeting to be held?”she asks. “We know the amount of money that would have gone towards this program in Abuja whereas, in Niger state, the state government has places it can use for free, thereby putting the money spent in Abuja to good use in the state. This is such a negative move and indication to the state and as I always ask, I hope we are not going to have another roving Niger State Governor.”

Judging from the surface, some commentators strived to make us believe that the opinion article is harmless and within the writer’s right as a journalist and citizen, hence should be left without being responded to. But it requires just a right thinking person to decode that the writer pretends ignorance to unleash mischief – a direct attack on the person of Hon. Bago and his aspirations.

The writer, even though she claims to be a professional journalist, has, by her piece, revealed that she is intellectually  deficient not to understand the concept of retreat in this context and  why individuals and organisations hold such meetings outside their familiar environment. This is even as she ignores the fact that Hon. Bago has the right to hold his meeting anywhere within and outside the country.

In case the writer cares to know, holding a political retreat outside a candidate’s state or the country is not new in Nigeria’s political environment. For instance, in 2019 Peoples Democratic Party (PDP) candidate Atiku Abubakar held a retreat in Dubai, United Arab Emirates, to strategize on the 2019 general elections.

In the course of writing this rejoinder a friend of mine argued that the writer was trying to raise the issue that holding such retreat in the state will help local businesses, as was the case during the PDP administration under Mu’azu Babagida Aliyu. From the start of the article if that was what the writer meant she would have reflected such and gave examples. Rather she starts and ends by predicting a doomsday for the state, as if she has an axe to grind with the governorship candidate.

Mu’azu Babangida Aliyu held retreats for Commissioners and local government chairmen in the state after he had become the governor and not when he was still a candidate of his party. We make bold to say that since the history of Niger State Hon. Bago is the first governorship candidate that has held such a retreat for party members to strategize towards the success of his party in the general election.

If the writer is truly an investigative and data journalist as she claims on her Facebook and Linkedin pages, she shouldn’t have bothered herself about whether a retreat was being held in the first place, but probe into the source of the money for the event, whether it was from the state coffers. But because the writer knew that the retreat was bankrolled by the APC governorship candidate, and she was not creative enough to get a professional angle to her opinion she resulted in mischief.

As a journalist she has the right to view her opinion on issues, but such an approach to hard news style has shown that she lacks the skills for opinion writing. And in this case she is advised to read opinion articles from good writers and understand how it is being done, and not to delve into every aspect of journalism, thereby exposing ignorance while trying to show expertise.

Many onlookers of the writer’s recent comments on Hon. Bago and how she twists statements and actions of state officials to suit her ulterior motive, won’t be surprised if such motive was to seek a political asylum overseas, like many Nigerian did in recent times, citing insecurity, political persecution, gay activism, among others, to gain favour from their host countries.

While we advised that Hon. Bago be firm on his actions, he shouldn’t give such desperate journalists like the Niger State Correspondent of the Nation newspapers that opportunity to use him to gain prominence through dubious tactics to leave the shores of this country in the name of political asylum.

Tswata is a Public Relations professional and writes from Minna, Niger State.

No To Lip Service, Inclusivity Must Be Practical” James Lalu*

At 50, Pantami Is Worth Celebrating – Musa Odole Solomon