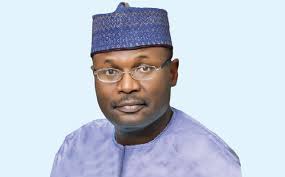 A non governmental organisation, CBM Global Disability Inclusion, has tasked the Independent National Electoral Commission (INEC) to ensure that persons with disabilities are not disenfranchised during the 2023 election amidst the flooding that submerged communities across the country.

The 2022 flood in Nigeria affected 34 states. Also, the affected states had communities that were underwater, in no case was an entire state fully submerged.

The PWDs during a press briefing yesterday in Abuja also called for the inclusion of Persons With Disabilities (PWDs) in the United Nations (UN) “loss and damage” fund.

“If we triangulate what is happening you will see that millions of people have been displaced. Permanent Voters Card (PVC) lost, stressing the need to also rebuild the polling unit of communities submerged.

“Those who have the right to vote must not be disenfranchised. There must also be an inclusive response in humanitarian action,” said the country programme manager, CBM Global Disability Inclusion, Dr Adedeji Ademefun.

Umoh, however, lamented that PWDs had not been considered as a segment of the society that is vulnerable to the effects of environmental disasters and global warming.

“We call for the inclusion of persons with disabilities and their representative organizations in the management of the UN Loss & Damage Fund which seeks to make up for the losses suffered by developing nations that are vulnerable to climate change and support poorer countries being ravaged by climate impacts,” she said.

She also urged the federal government to include PWDs as part of conversations around climate action and policy formulation.